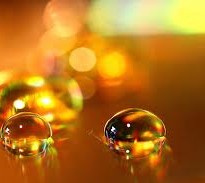 • The oldest image of beekeepers dates back 10.000 years ago, and was discovered in a cave from Valencia, Spain
• In Ancient Greece, all young brides had to dip their fingers in honey and anoint the doorstep with it. This ritual was supposed to bring harmony in the couple and a good relationship with the mother-in-law
• In Ancient Egypt, 100 honey vessels were the equivalent of a mature bull.
• It has been proven that honey is the only food that never deteriorates. Nevertheless, it has to be kept in hermetically sealed recipient, at temperatures no lower than -10 degrees.
• Honey is amongst the few aliments that contains the majority of know vitamins
• One can make alcoholic beverages from honey; in the past, the most common was the mead; nowadays, there are many sorts of beer containing honey.

Acacia honey -The main effects of acacia honey are: calming down coughs and general antiseptic effects. It is used in the treatment of fatigue and neurosis. It is an adjuvant for hyperacid gastritis and ulcer. It is an excellent tonic for children, convalescent people and pregnant women, strengthening the immune system.
Linden honey– It calms down the nervous system, fights insomnia, reduces digestive and pulmonary spasms. It is used in the treatment of bronchitis and stimulates the metabolism.
Sunflower Honey– It fights fever and helps to normalize the blood pressure (for both hypertensive and hypotensive patients). It is a general and psychic tonic, and it has aphrodisiac and stimulating properties.
Forest Honey– It presents laxative and anti-inflammatory effects and it favours the elimination of bodily toxins. It stimulates metabolism.
All flowers Honey is beneficial for the digestive system. It is a tonic and antiseptic for the respiratory system.

• About 95% of the honey dry matter is composed of carbohydrates, mainly
fructose and glucose. 5-10 % of the total carbohydrates are oligosaccharides,
in total about 25 different di- and trisaccharides.
• The Glycemic Index of honey varies from 32 to 85, depending on the
botanical source which is lower than sucrose (60 to 110). Fructose-rich
honeys such as acacia honey have a low GI.
• Besides, honey contains small amounts of proteins, enzymes, amino acids,
minerals, trace elements, vitamins, aroma compounds and polyphenols.
• Honey has been shown to possess antimicrobial, antiviral, antiparasitory, antiinflammatory,antioxidant, antimutagenic and antitumor effects.
• Due to its high carbohydrate content and functional properties honey is an
excellent source of energy for athletes.
• Most of the health promoting properties of honey are only achieved by
application of rather high doses of honey such as 50 to 80 g per intake.